While Neil Etheridge has impressed immensely as Neil Warnock’s number one, it is unquestionable that goalkeeper is a position that the Bluebirds need to strengthen this summer. The Filipino deserves a shot at leading the Bluebirds into the Premier League, but a competent number two is needed with Etheridge likely to miss a month due to the 2019 AFC Asian Cup in January or if he fails to make the step up.

Here are five options for Neil Warnock this summer.

Dutch keeper Tim Krul is available on a free transfer, with his contract at Brighton expiring this summer. He may have only made ten appearances in all competitions for the Seagulls last season, but Krul does have Premier League experience with Newcastle United.

Let’s not forget his heroics at the last World Cup, either, where he was brought on in added time of the Quarter Final match against Costa Rica and saved two penalties in the shootout.

Having sat on the bench all season at Brighton, Krul may be happy to do the same in South Wales.

There are two Welsh options on this list, but Danny Ward is our pick for this slot. There’s no doubt that the majority of Cardiff faithful would love to see more Welsh players turn out for the capital’s club, and in Danny Ward we’d have a top-quality shot-stopper with a bright future ahead of him.

It is expected that Ward will leave Liverpool this summer, probably on loan, and Warnock could take advantage of his good relationship with the club after taking Marko Grujic on loan from Liverpool in January.

One stumbling block may be game time, as Jurgen Klopp will no doubt be insistent on Ward being the number one choice wherever he goes.

Sam Johnstone has had a stellar season at Aston Villa, guiding them to the play-off final.

With 47 games under his belt at Villa, and 22 clean sheets to boot, the young Englishman will be hoping to be playing Premier League football next season. After Villa lost in the play-off final to Fulham, and with their perilous financial position, a return to VIlla Park looks unlikely. Cardiff should try to swoop in.

One keeper that has been linked to Cardiff already this summer is former number one David Marshall. The Scotsman was a favourite in South Wales before departing for Hull City in 2016.

Marshall, though, has found game time hard to come by with the Tigers, playing just five games in all competitions this season.

A return to the Cardiff CIty Stadium could be beneficial for both parties, with Warnock bringing in an able deputy should he need him.

Who better to bring to the capital than Wales’ heroic Euro 2016 goalkeeper? Wayne Hennessey is available on a free transfer after his contract at Crystal Palace expired this summer.

With eight years’ experience in the top flight, Hennessey will bring the qualities and experience to strengthen the goalkeeping department at Cardiff. He’ll help Neil Etheridge, too, who has no experience of top flight football to date. 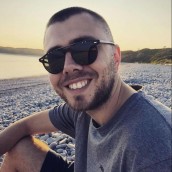 View From The Ninian@VFTNinian
316 Following 3.3K Followers
RT @JordanShirts: If any clubs do send some shirts which I’m sure plenty will . The address is Danny Ward Cardiff city stadium Leckwith…
2 hours ago
257
https://t.co/NCtd6nxcRD https://t.co/48uFKc5muT
3 hours ago
1 20
Bolshy statement from the club. Fair play to them for the rigorous defence. https://t.co/AQWom70hIW
6 hours ago
11 125
RT @WGOTB: https://t.co/TsMK1VNv8Q
7 hours ago
1
Lunchtime reading. The combo of Ralls, Vaulks, and Paterson has given Cardiff fans a glimpse into an alternative li… https://t.co/9vR30bfJ0f
10 hours ago
2 18
View Comment (1)